How to Stop Slugs Entering Your Home 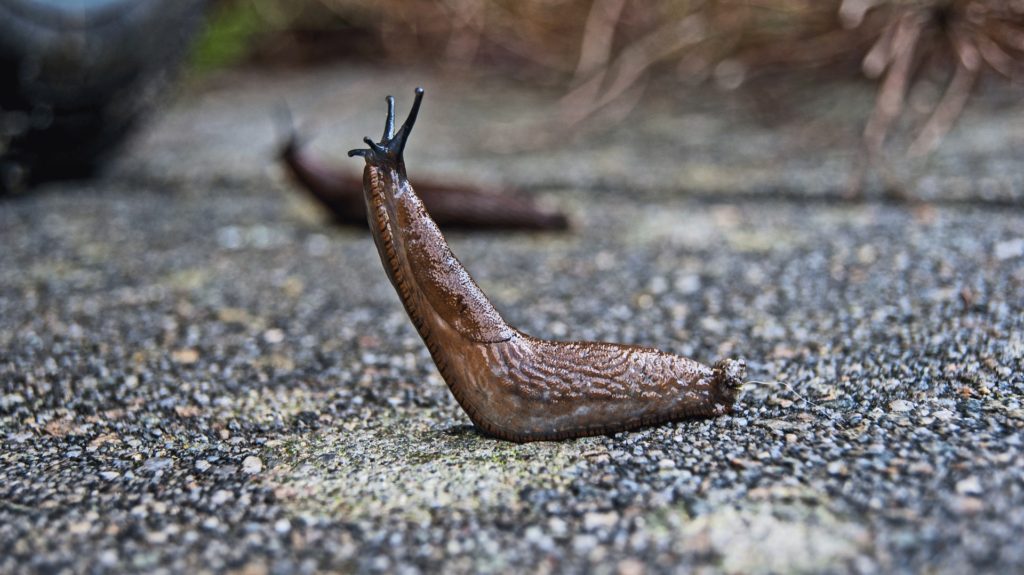 There are few things as disgusting, as walking downstairs in the middle of the night, crossing the kitchen and then standing on a slug with your bare foot. Your skin is probably crawling at the thought of it, and with good reason too, as slugs are a very unfortunate looking creatures! That and we don’t like intruders in our homes at the best of times. But it’s not just the fact that the slugs are essentially trespassing on our property that upsets us, it’s the disgusting, slimy trail that they leave all over the carpet!

Whenever there is heavy rain, that tends to be when slugs do the most breaking and entering. So, why is that, and what can we do to prevent it? A question which we are often asked, and one that we will clear up for you in this article.

Only between 5 and 10% of slugs are above ground, the rest are underground where there is a lot of moisture. This is due to their nature, and how it is far easier for them to travel over damp surfaces. That’s why they constantly secrete slime, so that they can move with greater ease.

And slugs aren’t as dumb as they look: in fact, once they find a nice and damp area, they tell all of their friends. Blocking holes has little effect, particularly when you consider that they can stretch up to 20 times their normal length, enabling them to squeeze through the smallest holes – there are alternatives.

How Can You Stop Them?

There are many ways of killing slugs, but few effective ways of actually preventing them from coming into your house. For example, laying down a line of salt by your door is an effective way of making a huge mess and killing them in a cruel and painful way. There is however, a cleaner and easier alternative.

The most efficient way of stopping slugs, is to find out where the damp is coming from in your kitchen or lounge and stopping it. Damp Detectives will be able to quickly find the source of the damp and offer the most appropriate solution for you. Once your house starts to dry out, the slugs will go elsewhere. It really is as simple as that.

Case Study; Finding the cause of recurring asthma attacks in the home.

Asthma attacks that regularly occur in the home are often linked to mould, but is there a bigger danger that many should be looking out for?

Damp detectives were recently called out to a home where a young girl was suffering from life threatening asthma and was having regular attacks. The girl and her mother were moved there by the Local Housing Authority, who thought they were moving them into an old fashioned property that was in good condition. The mother always kept the house spotless but the daughter would have attacks regularly in the home and she had to move out. The Local Housing Authority thought the problem was insufficient ventilation so then fitted a Positive Pressure Fan in the loft to push fire and debris in the air towards and exhaust point, in an effort to improve the situation. When the girl returned to the house with her mother, what happened next stunned them all. Within minutes of entering the house the daughter had such a bad asthma attack she was rushed to hospital for emergency treatment.

As typically seen in cases like this, everything under the sun was blamed as the cause of this horrific attack that the daughter faced, but the Mother wasn’t convinced of any of them. She turned to a company that she knew would provide independent advice with a hope of finding exactly what was causing such a poor existence for her child. That is where Damp Detectives where brought in.
The first thing that Damp Detectives noticed during the inspection was that the loft was covered in a fine film of soot. The mother had also told the Local Housing Association that she had to sweep up a fine film of soot in the lounge and kitchen everyday. This strange appearance of soot was explained by a Local Housing Official as the results of passing diesel trains. Damp Detectives considered this to be incorrect as the track nearby has a mix of diesel and electric trains, 300m down wind of the home and was the only home on the street that was affected by soot. They decided to investigate further.

During the investigation it was found that the chimneys in the lounge, bedrooms and kitchen were sealed off, however, the kitchen chimney was placed behind the kitchen cabinets and not closed off. From all of this Damp Detectives could clearly see that the introduction of a Positive Pressure Fan was at best counter productive, and at worst positively dangerous. The fan wasn’t pulling any debris from inside the house out, it was instead it was drawing air into the house from the soot laden loft and filling the house with the dangerous soot and particles that were then causing the daughter to suffer from these horrendous attacks.

A sensor in the daughter’s (now empty) bedroom showed VOC levels going off the scale when it was windy, and the readout below showed that the level of VOCs hit over 1200 when the safe limit is 300.

An explanation of what VOCs are can be found on this link;

From this experience, Damp Detectives believe that damp and mould aren’t the only causes of asthma in the home, soot and VOCs are also likely to be a strong contributing factor in properties that are not properly ventilated. If you or a family member are suffering from frequent asthma attacks in the home and you are struggling to find the cause, contact your local Damp Detective for an independent damp survey. We may just be able to locate the issue at the source.

Looking for a Franchise

Our franchisees have varied backgrounds from ex military to hoteliers and insurance brokers. Having a basic background knowledge of buildings is helpful.  If you are ambitious, willing to learn  and love meeting people then this franchise will suit you.  You are able to run this franchise from home and surveys are carried out by appointment so this can fit in with your family commitments and lifestyle.

Many of our franchisees have been able to adapt their Damp Detectives business so they have more free time to enjoy their hobbies of sailing,  antique auctions, ballroom dancing and model boats.

If you would like further information about how to improve your income and free time then talk to Robert on 07785 297 135 or email info@dampdetectives.co.uk and come and join us. 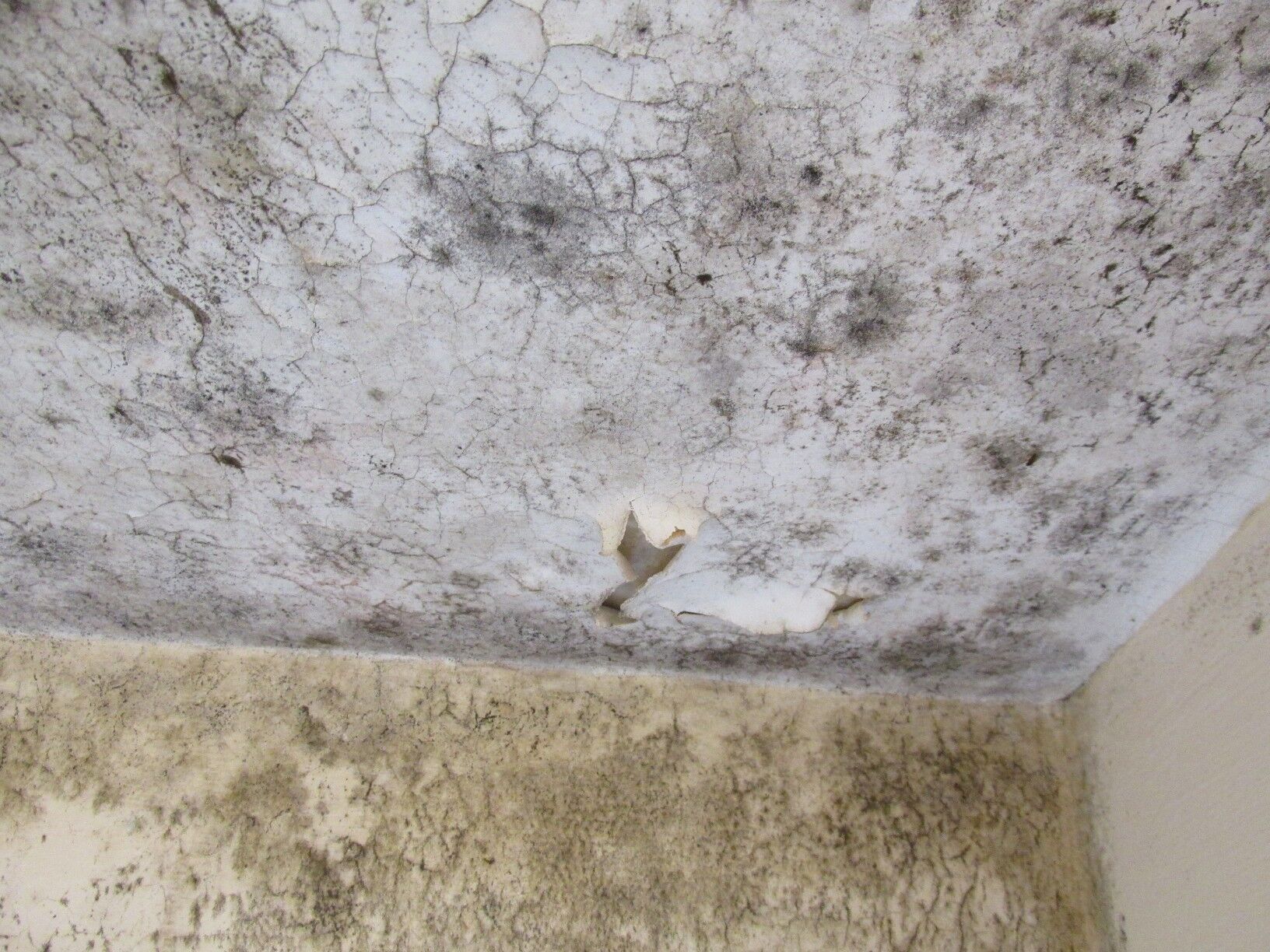 Have you got a bathroom ceiling like this? The local authority put this down the “Condensation caused by lifestyle” but the tenants had their windows open day and night. The nasty looking mould is Alternaria which can stimulate asthma in a child. Not surprisingly the tenants had taken their child to hospital twice with asthma problems. Fortunately, they called DAMP DETECTIVES who located the source of the damp to a point outside the flat and the tenants were moved. If you have any doubts about mould or damp call DAMP DETECTIVES who will always find the source of the problem 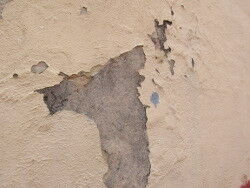 Whilst in Spain ( for other reasons) Robert Horne successfully resolved damp issues for locals . It only goes to show that the skills of Damp Detectives are needed throughout Europe. There are presently specialist Damp Detectives surveyors from Lands End to London and up to Blackpool including Wales. If you are interested in adding a specialist surveying technique to your portfolio or looking for a new direction in life then have a look at www.dampdetectives.co.uk

We have also carried out surveys in France, Malta, Northern Ireland, Italy  and Hong Kong