How Damp and Mould Can Affect Your Health 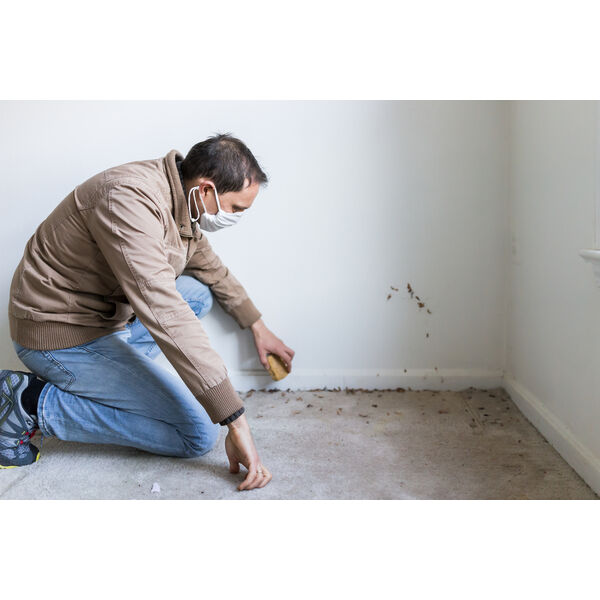 Before the colder and wetter weather moves in for the winter, it may be the time to address any suspected damp problems in your home and look for signs of mould accumulating.

There are many different types of toxic mould which can appear in damp households which also come in a variety of colours such as blue, black, white, orange and green.  These can vary in harmfulness and it can be difficult to determine which strain of mould you have in your home and whether or not you should be worried. Ideally, as soon as mould is detected, this should be dealt with immediately so that it does not spread causing an adverse effect on your health.

Poor ventilation is often a common problem as well as moisture in the air causing condensation. Many normal household tasks such as cleaning or simply leaving wet washing hanging around can produce a damp environment when mould can grow.

Moulds then produce allergens which are substances which can cause an allergic reaction simply by touching the mould spores or inhaling spores.  Typical signs are red eyes, a runny nose and a skin rash. The most common types of mould that grow in the home are the black and green varieties which can also cause pneumonia, sinus infections and inflammation of the lungs for the vulnerable.

If you find some and are not sure which type it is, it may be a good idea to get a professional mould inspector in to look at it to ensure that you and your family are living in a safe environment.  You should not disturb the area as touching it could cause a lot of harmful spores to be released in the air which in turn will negatively affect you and those who share your home.

For sensitive people such as babies and children, the elderly and people with existing eczema, as well as those with respiratory problems and those with an already weakened immune system such as those who are undergoing chemotherapy, damp and mould should be avoided as much as possible.

So to protect the valuable health of your family from the harmful effects of mould and damp in your household, it is better to identify the problem early and eradicate the causes quickly.  This can be resolved either by yourself if the problem is very small, but by also inviting a professional damp and mould inspector in before the problem becomes too large to handle and your health and that of your family begins to suffer.